After a series of pep talks and fitness classes, the first day of the I’m Only Human campaign ended with a forum titled Mental Health Awareness and Suicide Prevention Policy Forum. The second day also ended with a forum titled Let’s Talk About Mental Health and Suicide, with representatives from different mental health institutions such as Befrienders, that we unfortunately could not cover.

In the suicide prevention policy forum on the first day, YB Michelle Ng seeked to find answers on “What should be changed in status quo by the authorities?” from the panel of experts. At the same time, the audience including many members of the public and caregivers tried to gain more understanding on mental illness and how to prevent suicide. 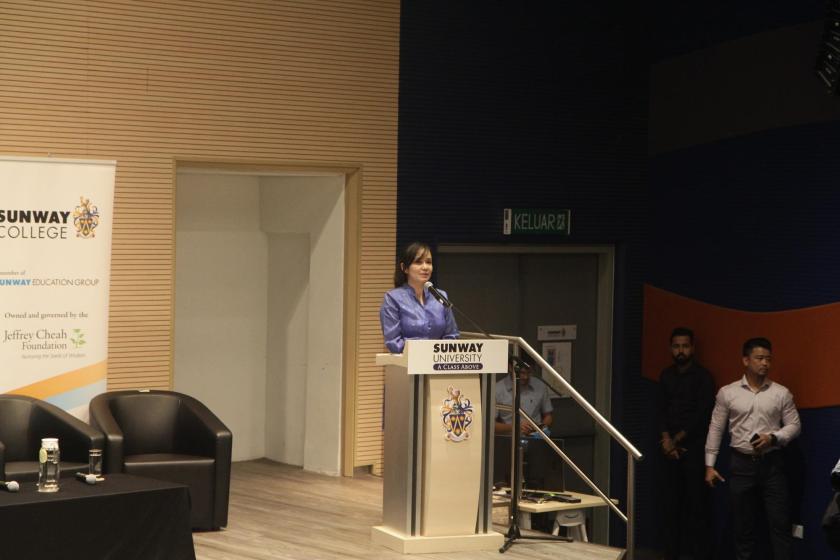 As the emcee Anis Suraya passed the floor to moderator YB Michelle after giving a warm welcome to the VIPs and guests, the forum finally started at 7.18p.m. The moderator herself as someone who had suffered mental illness, shared that this campaign is close to her heart and hopes to give the audience an insight into the topic discussed. She introduced the panelists of professionals and explained that the police and fire rescue chiefs were also invited because their jobs are involved in saving suicide attempters.  Panelists included: 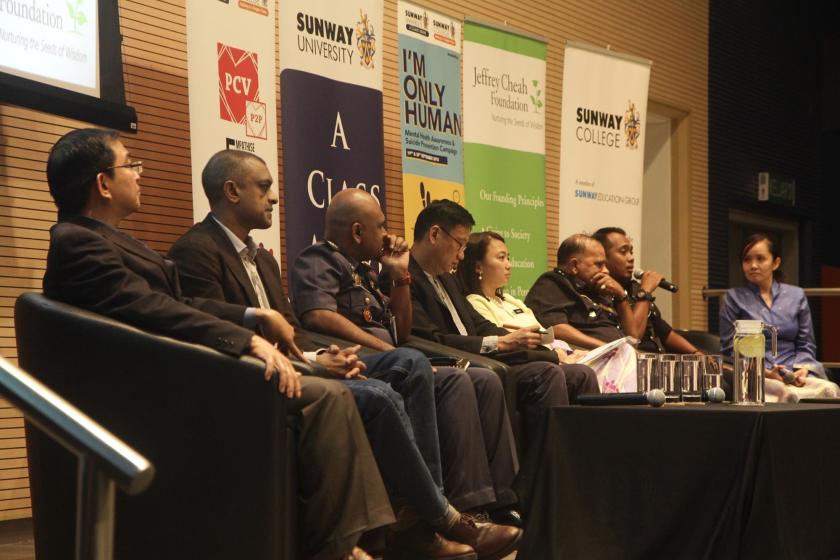 What is mental illness?

The first question posed was towards Dr. Khoo, to ask him to give a brief explanation on what mental illness is. His brief explanation clarified how it is no different than a physical injury, the simple difference being it’s an injury in the mind. Next, YB Michelle asked YB Wong to give advice to lay people on how to handle people with mental illness. Depending on the severity, the approach will have to be different. For mild cases, giving advice would be the way. As for serious cases, we will need to coax the person to give consent on revealing his or her condition to family members and even to the authorities if the situation requires. About the possibility of treatment, Dr. Stephen answered, like any other medical condition, mental illness is quite common and is more treatable than other conditions.

What are the efforts done by the ministry?

YB Hannah first thanked the partners present in the forum, including registered counsellors on the Board and people from the Ministry of Health. She emphasized that the stigma surrounding mental issues should be cleared away – to make people become comfortable to talk about it. She states that 30% of Malaysians have mental health related challenges, supporting the claim by drawing statistics from 2015 which show that Sabah suffers most at 42% of its population followed by Kuala Lumpur and Kelantan. This was agreed by the caretakers among the audience through their nodding.

She advocated to strengthen existing non-governmental organisations (NGOs) related so that we need not start from zero. To facilitate early intervention, the standard operating procedure for certain issues have to be reexamined. For example, couples applying for divorce are not properly briefed of the impacts on their child. The school ought to be notified of the divorce of student’s parents so that the counsellors and teachers can care for the student. The child must be attended to at an early stage or else the mental state of the child will worsen.

She also remarked the irony of Member of Parliaments (MPs) joking about mental illness by calling each other ‘gila’ (crazy in Malay). She advised that lawmakers should be educated about the issue of mental illness as they clearly lack awareness. For the public, awareness should be created to let them know where to get help, such as medication and rehabilitation. Insurance policies such as the Peduli Sihat programme in Selangor ought to cover for mental illnesses.

YB Michelle continued by talking about the establishment of mental health first aid by YB Dr. Siti Mariah. She has a 5-year vision to equip people so that they know what to do when dealing with mental health sufferers. She wants to equip schools so that teachers can help students and to equip the rukun tetangga so that residents can receive aid. 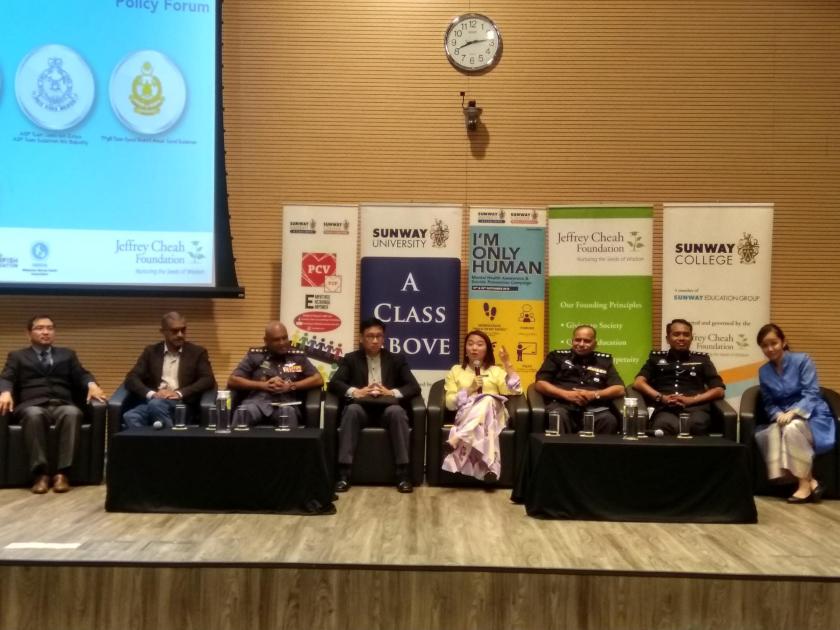 When can mental illnesses be included in insurance?

YB Wong explained that more data needs to be gathered, processed through actuarial science to estimate premiums for the insurance. This data includes the hospital reports to the police. Then, insurance can be offered to the upper end of people who can afford it. The provision of this kind of insurance is related to the Ministry of Finance and insurance companies. However, he felt that the focus should be on people not under the protection of insurance – those who cannot afford insurance.

What is the process to handle suicide attempts?

Fire rescuer Tuan Syed illustrated that different situations should be dealt accordingly, be it in a sealed room or a tall building. The rescuer would supply a diversion by asking about the attempter’s background, all the while building trust by slow talking him/her to open up. The rescuer has to be brave, efficient and spontaneous to make use of the surroundings. Usually, the attempter’s fight or flight system is tapped in to be captured from the edge. He also cleared the misconception about using air cushions, that they were useless if the attempter’s altitude is too high. In that case, the safety net would be more effective. He sadly commented on the behaviour of the community that they should be providing information about the attempter to the rescuers instead of taking videos.

What is the experience for the police when handling suicide cases?

Tuan Jasni said the police will still investigate the possibility of murder for suicide cases. He concluded the top reasons for suicide:

The family members of the demised were heartbroken and shocked when they heard the news as the suicider never mentioned any problems. It was not possible to cure the suicider as there were no symptoms at all.

Moreover, Tuan Sulaiman talked about incidents of students jumping because of depression happening every one or two weeks. When the police arrive, 95% of them would jump. Tuan Jasni added that if the fire rescuers came, 40% would jump. He agreed with the moderator that the police should be more equipped by attending special classes. YB Michelle summarized that the rescuers should be equipped with sensitivity and that this issue had been overlooked for far too long so that countermeasures are still lacking. 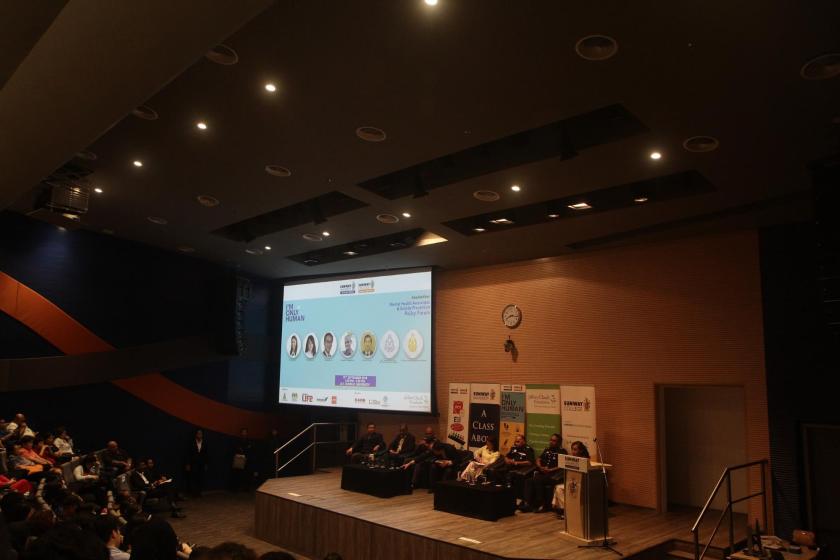 What is the vision for this campaign?

YB Hannah spoke of the status quo of society viewing people who go for counselling as a failure and associating them negatively. Her goal is for counselling to become mainstream. She wants such services to be accessible and affordable. A community that is constantly making effort to normalise counselling and supportive. The progress is shown by a 30% increase of Befrienders in Subang Jaya.

YB Michelle approved the importance of putting counselling in a positive light. She shared her experience of being unable to cope with the experience of studying abroad. After getting help from the professionals, she learnt that things should not be handled alone. On the side, she applauded the counselling services provided in Sunway campus. She reminded that we must be sensitive and confidential when dealing with mental health patients. Trust has to be maintained in order to help the person. Confidentiality should only be broken to the professionals only when the situation is serious.

At 8.15p.m., the public was open to ask questions. A total of 10 members of the audience had the chance to voice their enquiries. Some questioned the current procedures and legislation in Malaysia, while others shared their experiences or opinions related to this campaign. A man named David even posed a question about the social dilemma on employment for such people. The panel’s response was that family and employers should cooperate to have a holistic, integrated approach to support these people. 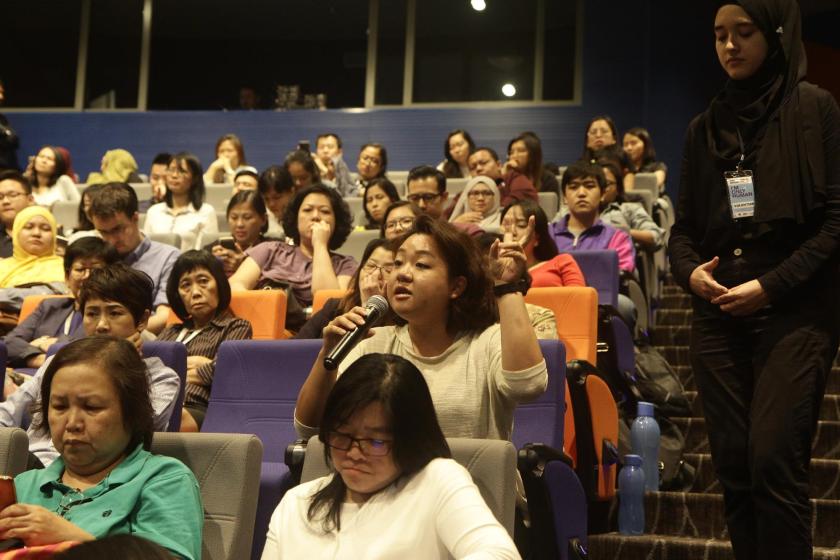 Unexpectedly, right before the end of the session, a man who was a depression survivor shared about what would drive someone to have suicidal thoughts from the first-person view. He described the feeling akin to waking up to nightmares. The only emotions were depression, worry, sadness and fear. He expressed that a doctor would never know what the patient is going through. He claims that prevention is the best cure and mindfulness is the way out.

At 9.15p.m., the forum finally came to an end with a group photo session. This forum was extremely beneficial and definitely the kind of event we hope to see around Sunway again.