Skip to Content
Home Events Sunway Boardgames Society: What do they do?

echo Leave a Comment on Sunway Boardgames Society: What do they do?

With such a wide selection of clubs and societies in Sunway College/University, it can be hard to navigate and decide which club you truly belong in. To make your life easier, Sunway Echo Media’s event write-up team has decided to go to random club meetings to see what they do on a weekly basis and present you with all the information you need to help you make your decision.

For our first club-meeting-write-up, we have the Sunway Board Games Society. If you have never heard of them, their club name is pretty self-explanatory. The Sunway Board Games Society has weekly club meetings where members mingle around and explore tabletop games of all forms. Their meetings are usually held once a week, starting from 5.30pm to 8.30pm at different venues. They are a tightly-knit community of board games enthusiasts that come together each week and share their love for the board game culture. With the warm welcome from the board games club members, we did not hesitate to jump right in and play some board games! 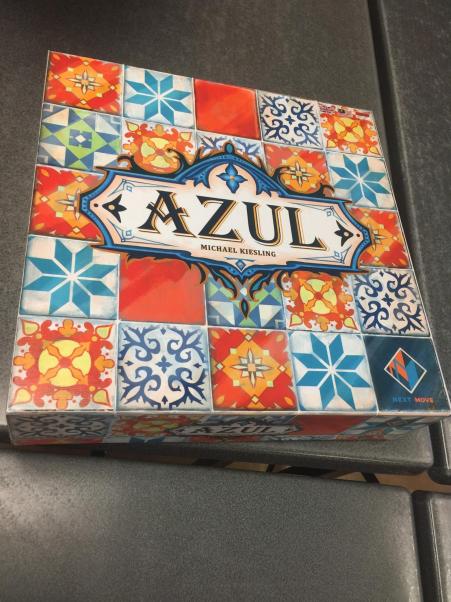 The first game that we were recommended to try was Azul. Azul is an Abstract Strategy game where players take turns to draw different tiles and complete specific patterns in order to attain points. At the end of each round, each player calculates their points based on a point-system and marks it on their own scoreboards. Wasted tiles can harm the player’s scores and specific patterns (eg: a full set of tiles, one full horizontal set, one full vertical set etc.) can add more points for the player. Once the players run out of tiles or complete a full set, they then calculate their final score and the winner is determined. Even for board game amateurs like us, the game was not hard to figure out with the help of the kind club members. Although we lost the game (as expected, duh), it was a great warm-up.

Since we were in a group of 4, we decided to play a 2v2 charades game called ‘Monikers’. Simply put, ‘Monikers’ is charades with an added element of challenge. Each of us had to choose 5 cards from a pile and were advised to remember the words on the cards chosen. The words given were very unlike the usual charade words which included words such as ‘a dog doing yoga’ and ‘sneezing baby panda’, where each card had different points allocated. After selecting 5 cards each, the selected cards were gathered in a pile. During the first round, we were allowed to say anything we wanted(except for the actual word) in order for our partner to guess the words within 60 seconds. We kept the cards that we had guessed correctly and passed on the leftover cards to the next group. This game really brought out the competitive side from all of us as we started shouting at each other in frustration when our partner could not guess the correct answer. Nothing was more entertaining than seeing our opposition group constantly guessing ‘coughing baby panda’ instead of ‘sneezing baby panda’.

After the cards in the pile ran out, we played for a second round using the same cards in the pile, except this time we could only use one word to describe the words on the card. This brought the game up a notch as we had to be very precise with our explanation. But since we were using the same pile of cards, our Asian memorization skills were of good use and eventually helped us to become the overall winners for this game! The joy we felt after winning the game was beyond words, it was as if we had won the whole world.

Overall, joining the board games meeting has given us a new sense of excitement towards the idea of playing board games. Even board game dummies like us still enjoyed the competitiveness and fun of them. Shout out to Sunway Board Games Society for the amazing time! If you’re interested in joining them, check out their Facebook Page for more info and updates on the latest events. Till next time.