“Can’t Touch This” was an anti-sexual harassment campaign organized by second-year students majoring in the Corporate Communication and PR Project Specializations. This campaign was held in order to raise awareness about sexual harassment and ways to tackle this issue. “Can’t Touch This” was run from the 13th September until 17th October and the event was mainly promoted by active social media engagement. Their activities included flash mobs, an informative booth at the Link Bridge as well as various events held on the first week of October. The flash mob held on the 19th of September signalled the start of the campaign. Other events included in their campaign were flash mobs and a poetry showcase.

The “You’ll be A-Mazed” event consisted of a combination of three activities: self-defense, maze and VR Lab. Confused about what this whole combination of activities actually mean? It’s pretty simple: a brief introduction to self-defense techniques—what to do and what not to do. For the maze, participants were given an objective before entering the maze – which was to search for the victim in the maze and protect them from harm until we reached the end of the maze. The VR Lab section was situated in the middle of our journey out of the maze, with the intention of reliving our fears by playing or watching others play a game that is in VR. 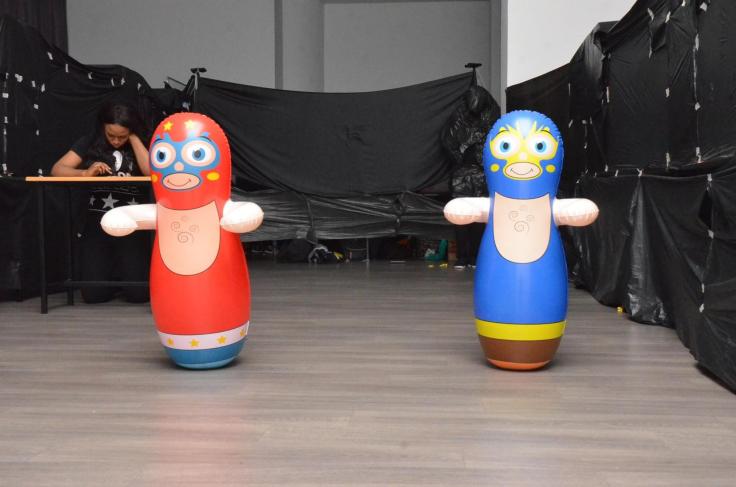 Upon entering the maze, I was enveloped in darkness. The atmosphere of the scene was set as soon as the door closed behind us, and people started cat-calling somewhere within the maze. I stayed behind the group as we were urged to move forward. The hasslers were all around us, making coercive remarks from time to time, as well as quietly following us from behind. I was glad to have friendly company, as I was getting unsettled with what felt like walking through a haunted house. 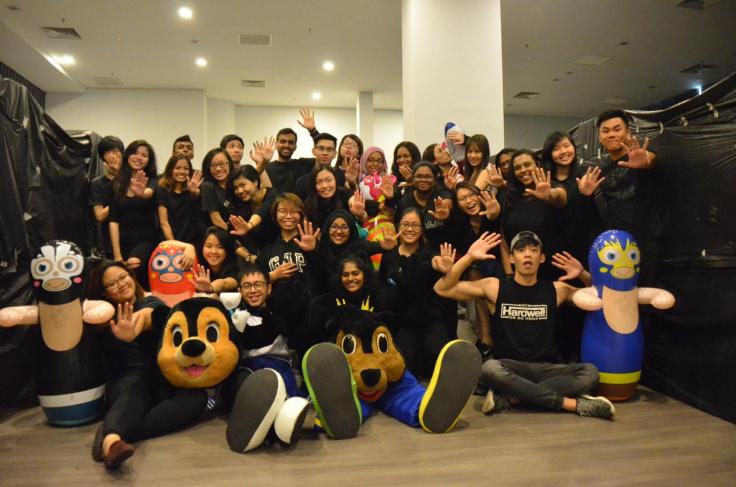 We were guided into a room, which was where we were given a chance to try out a virtual reality game. We watched as my friend tried out the game: a spooky survival game full of zombies. I tried it for myself, too, and as it was my first time playing a VR game, it felt too real for me to keep myself level-headed. The only way for me to stop freaking out was for me to repeatedly tell myself that it was a game, and that it wasn’t real. Though in hindsight, victims of sexual harassment definitely can’t say that to themselves. Sexual harassment may seem like fun and games to the harasser, but to the victim, it’s a truly terrifying to experience.

After a short break, we resumed our journey through the maze, and found the “victim” that we were supposed to protect. Though we were supposed to make use of what we learnt from the brief self-defense session to help fend off the harassers, most of us just trailed behind uselessly as only a few people at the front was able to effectively protect him. A tall guy at the front of the group was literally body-guarding the victim.

In my opinion, the “You’ll be A-Mazed” event was quite effective in raising awareness on sexual harassment issues as it gave me an impression of how close to reality the problem really is. The harassers gave an accurate picture of how sexual harassment could feel like: unwanted, and bordering on hurtful, not a form of praise nor gratifying as some people would like to think.

Up Next: Can’t Touch This Campaign (Part 2)

Say No to Sexual Assault