echo Leave a Comment on P.U.M.P. 2018: A National Music Showcase

On the 26th of May 2018, Sunway Music Society and Taylor’s Music Club, with the help of Malaysia University College Music Association (UCMA) came together and threw a music party for students across the nation. UCMA is a non-profit organisation which supports student musicians. Through Private Universities and College Music Party (P.U.M.P.) 2018, UCMA strove to create a platform where various student musicians could showcase their talents. This event is the first time Sunway University and Taylor’s University have collaborated through their respective music societies. 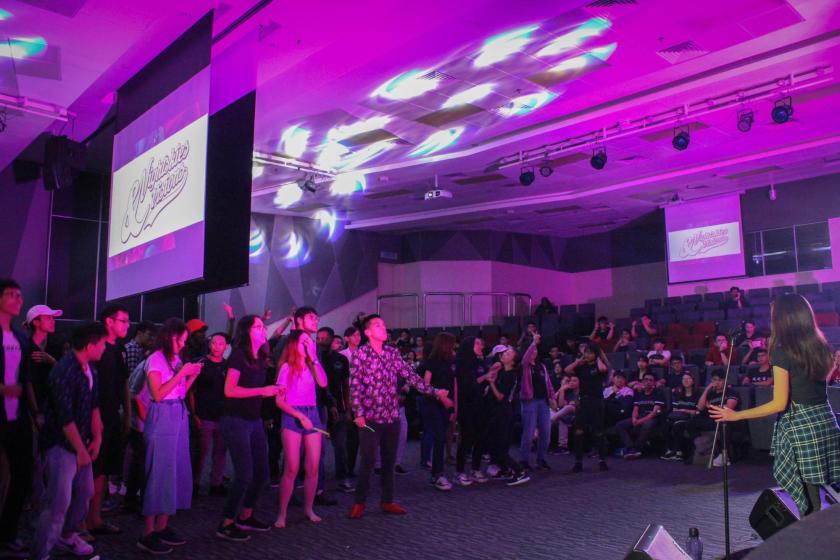 More than 30 songs were performed by 10 different acts from these private universities and colleges. A band was specially formed for the event, which consisted of PUMP committee members from Sunway University, Taylor’s University and UCMA. The event kicked off with the band playing a cover and an original song, that is, “Man Down” by Rihanna and“Dreamy” by Clary from Sunway.

As the band members from different private universities and colleges took their places on stage, it was clear that music is indeed a way to express emotions and communicate ideas and messages to each other from songwriters to the audience. There was an unexpected number of bands singing about relationship such as TARC’s band. Moreover, Red Brick performed their original chinese song: “不懂怎么去爱”, meaning: “Don’t Know How to Love”. The song conveys the message of heartbreak from unrequited love. 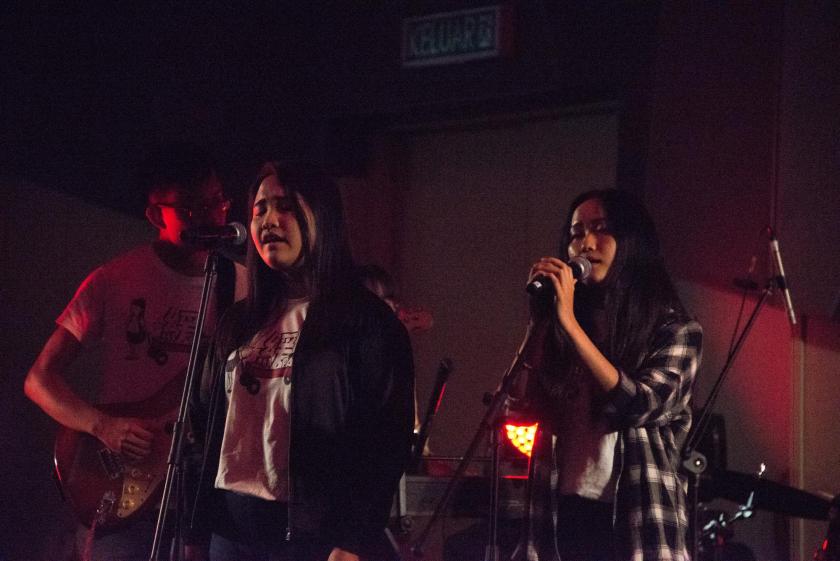 Other original songs performed included “Regret” and “Double Entendre” by MMU’s band “Fresh Bottle”. These songs also portrayed similar messages and emotions; “二厢情愿”, also known as “Wishful thinking” by “I Do” from New Era University College and “Last Touch”, performed by UCSI University’s band “H.O.T. were some of the other songs that were performed by the bands.” The bands also performed songs from other themes including parental gratitude, being yourself,friendship and many more. 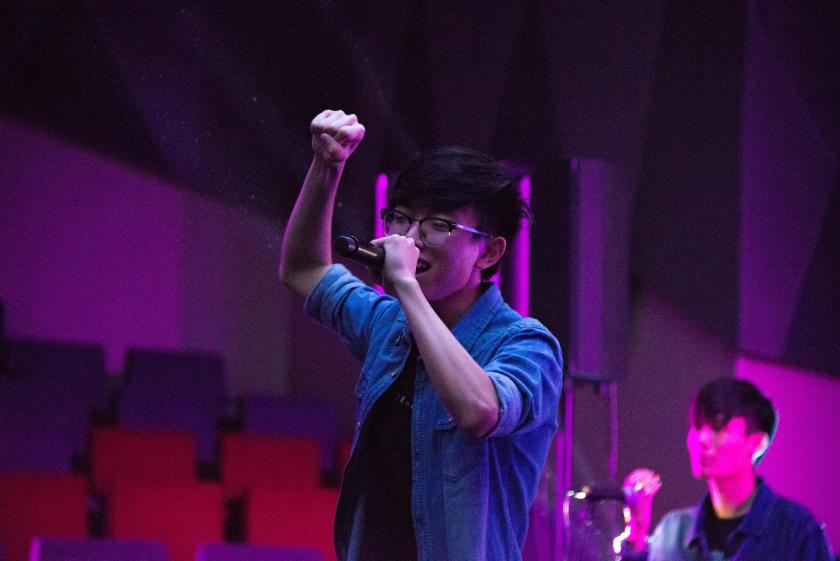 Taylor’s Music Society featured their own indie band, Wizards on Wednesdays, who specialized in the progressive rock genre. They opened with Satisfied, an original song composed by their lead vocalist, Alex Vorosmarthy.

“The song is about my guitars,” remarked Alex, in an interview. “Sometimes small things like the company of your guitar and a smoke on the balcony at 5am is enough to keep you satisfied.” The band – although underground – oozes talent, charisma and above all, passion for what they do; It was apparent as they drove the crowd mad.

As for Sunway, we featured two acts of our own: the first act was a male and female duo known as Green Egs and Sam (Samantha Chang and Egbert Chin), who mellowed out the crowd with a series of love songs. The pair traded jokes and oozed chemistry, which entertained and charmed the audience. Following them, the Chill Queens took the stage and got the audience dancing with their upbeat covers of the latest hits.

Night Skies and Visions pumped up the audience and got them headbanging with their original rock tunes, reminiscent of the early 2000’s pop punk craze. They also covered some old favorites such as “Sugar, We’re Going Down Swinging” by Fall Out Boy which imbued feelings of nostalgia into our hearts.

The night ended spectacularly with FAZZ, an explosive 7-piece burlesque pop ensemble who arrested the crowd with their theatrical performance.

FAZZ may just be one of the best that Malaysia’s music scene has to offer as their stage presence and skill are of a professional level. Their impressive act can be attributed to the practice and the numerous performances they have in their repertoire. The band members were older and more experienced than the other acts of the night. “Watching FAZZ gave me a standard to strive towards, as an aspiring young artist,” commented Sam, a performer from Sunway, “We gotta step up our game.”

PUMP represents an important stepping stone in Malaysia’s budding music scene. It has not only nurtured young talents and brought them into the spotlight, but also built connections and united many virtuosos across the country.

When we asked Clary, PUMP’s co-project manager from Sunway what she thought was the most rewarding part of this event, she answered: “The idea of merging with Taylor’s Music Club to hold an event was really risky at first but as time passed, Taylor’s Music Club and Sunway Music Society got along pretty well. Most of the time, we would meet up at the Taylor’s University music room where some of the committee members from each university would start jamming while others would enjoy the music. Many friendships were built throughout the event as well, which I would say is one of the best thing that came from this event.”

Although some of the performers were shaky at times and evidently quite green, they hold a lot of promise for the future of our local arts scene. As Alex puts it, “The music scene here is still quite underground, but there are talented and passionate musicians brimming with potential if you look closely.”