echo Leave a Comment on GET HIRED Career Fair

On the 12th and 13th of September 2018, Sunway Career Peer Advisors organised ‘GET HIRED Career Fair’ which took place from 10am to 4pm at Jeffrey Cheah Hall, Sunway College. The objective of this event was to assist the students and graduates, especially those who were looking for internships or jobs, in exploring their career paths and searching for job opportunities.

This year, there were about 70 different companies represented. The companies varied in industry, including anything from banks to online shopping apps. Some were present for both days while others were only present on one. Among those who were present on the first day were CIMB, Maybank, Shopee and more. For the next day, Astro, Shell, OCBC bank and many others were there for students to ask regarding their job vacancies.

The employers introduced their companies and explained their work requirements and expectations. There were also companies that assisted job seekers in finding job openings. For example, Graduan explained that they are an online platform for Malaysian talents where people can upload their CV on their website and they will be contacted if there are companies interested in hiring them.There was also WOBB, a platform that offers different kinds of jobs on their website, and their highlight was that they focused on good company culture that caters more towards our generation. With many different kinds of companies, visitors were exposed to a range of unique opportunities that may interest them. 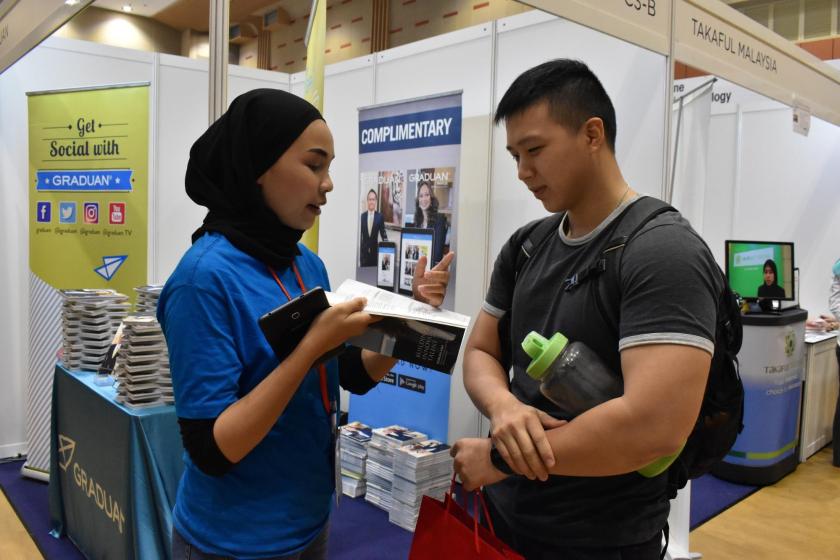 There was also a resume clinic provided by Jobstreet during the two days of the event. This was where participants could visit and have their resumes checked to improve their chances of job acceptance.

There were many students who brought their CVs, hoping to find their preferred company and get accepted for an internship. Kevin, who was studying chemical engineering explained that he attended the fair in order to find internship opportunities, submit his physical CV to companies and find job openings. Another student, Wai Hoong stated that he also came to the fair to look for internships and to see what kind of companies were there during that event. He said that the event was “so far so good”, just that he hasn’t received replies and expected the replies to come after a few weeks. He also stated that he did not limit himself to just one job and he wanted to expose himself to more companies.

There were also soon-to-be graduates who came to this event to look for a stable jobs upon their graduation. Lee, who studies actuarial science, mentioned that she is graduating soon and was hoping to intern in a banking or financing company. She considered attending the fair again in the future and hoped to see a larger variety of companies, not limited to insurance companies only for certain areas. Sheerin, who was also graduating, went to the fair to look for a job as she wanted a job that involved human resources or consulting. She stated that she would attend the fair again, but hoped that companies offered on-the-spot interviews next time. 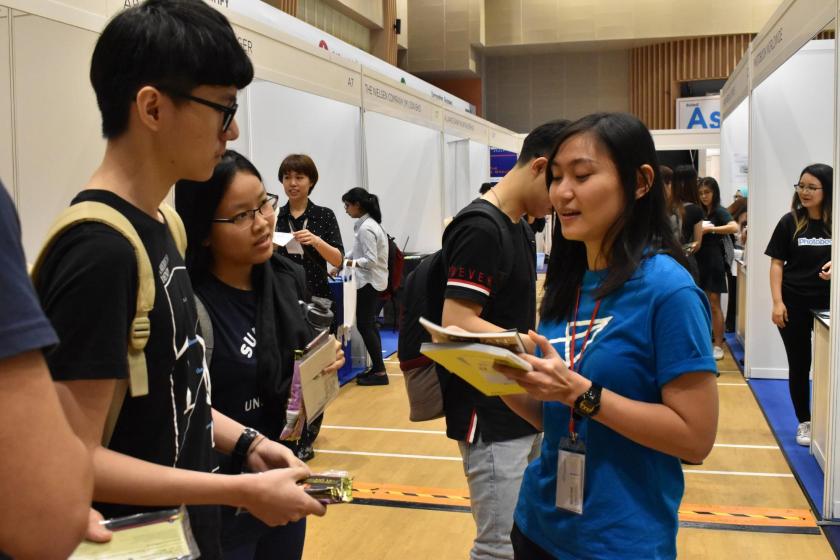 This fair was certainly useful for students to explore their career paths. We wish the students good luck and hope they will be accepted into internships or jobs that they want soon. We also hope that this fair will be held again with a greater variety of companies and job hunting assistance such as resume clinics.